The year my Dad — just months, even weeks, before he died — gave me one of his greatest gifts . . .

I’m waiting outside, under the lights, for Dad to pick me up from the Junior Achievement building in Culver City, CA.

Oh yes, here he comes — I hear the rattling engine of his black diesel Mercedes.

What makes one simple statement a parent says to a kid stand out? Stay in their memory all of their life . . . out of all the interactions and conversations of my then-sixteen-years???

I don’t know the answer to this, but I’m sure glad — somehow, it did.

Dad was an Entertainer. Disneyland Bandleader. Fox Orchestra Studio Musician for TV and films. (Read more about Dad, and listen to his music, here: You can do ANYTHING!)

But by the late 1960s, things in Dad’s world had changed.

The new management of the Park had wanted to clean house, start fresh. Dad’s twelve-year Main Street Band run was up. Gig over.

And in the Film Industry, things were changing, as well.

The big orchestras were phasing out. Songs from folk and rock artists like Simon and Garfunkel, The Byrds, Steppenwolf, and such, were used in musical scores for films like Mrs. Robinson and Easy Rider.

So Dad had less studio work. And he had time on his hands he’d never had before.

Instead of working insane hours every day, barely time to sleep or see his family — for the first time in his life, Dad was idle.

He still went to the airport. Still flew his plane. But less, way less.

Dad had always played clarinet and saxophone professionally. But in those last few years he began playing flute, figuring it would help if he could be hired to play a third instrument.

I remember his flute scales fluttering in the background of my early high school life . . . homework, phone calls, messing around in my room, to the melody of his methodically  practiced notes.

To help with finances, Mom got a “dumb job,” as Dad called it. (I think he felt badly that she had to work; he missed her, and resented her time away from home.)

She worked at a department store, in customer service and returns.

(Mom, so fair and kind, was well suited to solving customer’s problems:)) Besides, Mom never complained. She seemed to enjoy it.)

But Dad was down. He had never, ever had so much time without constant work, and it didn’t suit his Type A, Bigger-than-Life personality. 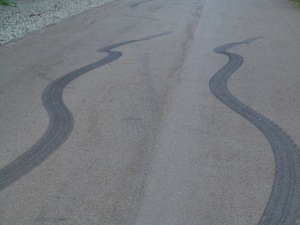 So Dad picked me up that night from Junior Achievement, and I rode in the car with him the fifteen minutes or so it took to get home.

I don’t know exactly how the conversation went, but I remember the stand-out statement:

“Honey. Things are always changing. The sooner you get used to that, the better off you’ll be.” 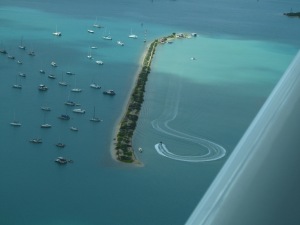 In fact, I didn’t think much about it. Just one of so many conversations in family life.

Until the following February, when Dad died of a heart attack in the night.

I’ve replayed that statement many, many times over the years. I still see Dad’s eyes, hear his voice. Like a mental tape recorder — words frozen in time.

Things are always changing. Oftentimes when we least expect.

And our job is staying flexible. Ready.

Maybe another way of putting it would be:

“Honey. I want you to know that things are always changing. It’s our job, as humans here on Good ‘ol Planet Earth to adapt. To adjust. To find a way to thrive among Life’s shifting circumstances.

“I want you to know this, so that you will be ready. So that you can embrace change. So that it won’t knock you down. but you can continue on. Adapt and adjust to the new norms . . .”

You gave me a final gift. Of wisdom. A strategy for dealing with what Life has to offer.

Just to know, in advance, about the changes that loom ahead. For all of us.

So rather than grumble or complain: Adapt. Adjust. Take the lead, and make changes, too.

And yes — all these years later — I still take this one to heart! ❤ 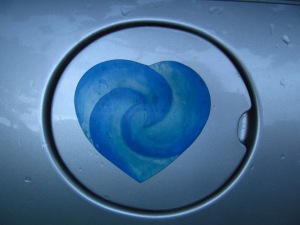